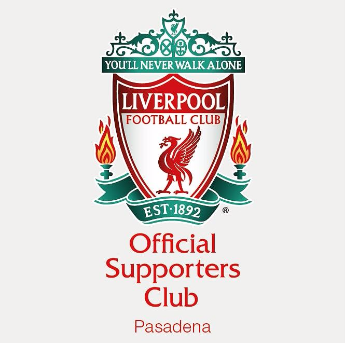 The Pasadena Reds have been in existence for eighteen years. It started off as a small group of five Liverpool supporters from the foothill cities that got together when football was starting to be televised in the US. We originally watched it at another pub but eventually persuaded the owner of Lucky Baldwins to show the games. Originally we had to pay to watch, but for us it was money well spent.

Since then, football (soccer) has become very popular in the USA and payment is no longer required. We now have a full pub supporting LFC every game regardless of the time of day. There are times when an early LFC kick-off means we are at the pub at 4 or 4:30 am.  We have a long and very good relationship with Lucky Baldwins and have been watching Liverpool there for the past seventeen years. The waitresses have now become Liverpool supporters as well.

We are a very close group that has traveled to most of the games that Liverpool have played in the US in recent years. We went a step further and made the decision to bring the club a little closer to us by inviting LFC Legend Bruce Grobbelaar to Pasadena in January of 2015 and it was a big success.

As a group we are well known around Southern California such that when Liverpool recently played at the Pasadena Rose Bowl, the Pasadena Reds hosted a tailgate party in the Rose Bowl car park. We had around 300 people representing Los Angeles, Orange County, San Diego and San Francisco. It was a big success and was shown on The Redmen TV YouTube channel.  It was also attended by three members of The Anfield Wrap Podcast (FSF Podcast of the year for 2012 & 2015)  and was mentioned in high regard during their subsequent “California Wrap-up” podcast.

In 2016 we decided to take another step closer to linking ourselves with Liverpool FC by applying to become an Official Liverpool Supporters Club.  As of August 2016 we have 163 followers on our Facebook page and growing every week.